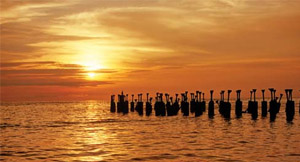 The city nestles on the coast of the Arabian Sea. It is about 1.2 m above sea level. The coastline extends to a length of 15 km. Two piers which are crumbling and the old lighthouse still stand recalling the times when foreign vessels used to anchor near Calicut. The Beach Hospital was built by the British. The Beach Hotel is one of the oldest in Calicut, it was mainly for the British planters to spend weekends away from the plantations.. 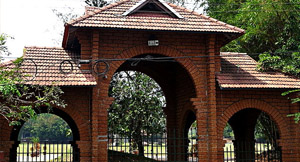 This forms the heart of the city. The name comes from the large pool of clear water bound by laterite stone steps built by Manavedan Raja one of the earlier Zamorins. The park around it is tastefully kept with types of palms, trees and shrubs. Recently there is a move to adorn the city with sculptures and a number of them has come up here. There is an open air theater and a musical fountain.

Sweet Meat Street or Mithai Theruvu is the busiest street in Kozhikode and derives its name from the times when the street was lined with sweet meat (halwa) stalls. Today the street bustles with shops that sell anything and everything including the famed sweets and banana chips. 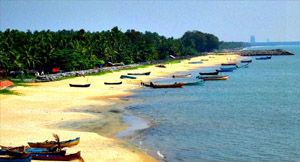 Definitely a beautiful beach about 20 km from Calicut. Its historical importance stems from the fact that Vasco da Gama with his sailors landed here in 1498 in 3 ships. This was the start of economic relationship between Europeans and this part of India now called Kerala. Quench your thirst with the nature-flavored tender coconut water which is healthful.

Beypore is located in Kozhikode at the mouth of the Chaliyar River. Historically, it has a special place as being one of the prominent ports and fishing harbours, and was also an important trade and maritime centre during the days of the early Arab and Chinese travellers and later the Europeans. Soon after gaining prominence as a port and trade centre, Beypore slowly began to flourish as a centre for shipbuilding, since ships were in great demand merchants from Western Asia.

Named after the brave ruler who dared to fight the British with the help of tribal warriors, this museum displays old coins, mural paintings and monuments. Art Gallery has some excellent paintings, some by Raja Ravi Varma the old master painter. It is near the city centre. 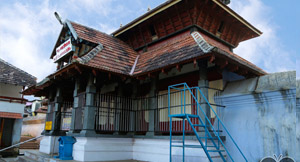 The Tali Temple was built in the 14th century by Swami Thirumulpad. This temple is one of the greatest attractions of Calicut. It is made with a remarkable combination of laterite along with wood. Also, the rich evidence of the Keralean architecture makes this temple more amazing.This temple is famous not only because of its architecture but due to its annual festival as well. Each year the festival celebrated here consists of various intellectual as well as cultural events. 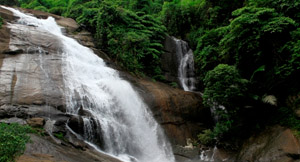 For those who are lovers of Nature , a visit to Thusharagiri Waterfalls about 50 km away is gainful. Far from the mad crowd this waterfall springs from the high hills among the green forests. You feel cool and fresh. if fond of trekking you can trek to reach the waterfall. A bath in the big pool is heavenly! 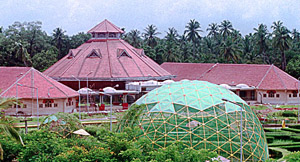 Regional Science Centre & Planetarium Calicut functioning under NCSM (Govt.of India) shoulders the leading role in propelling science dissemination activities in Kerala, especially in the Malabar region. Calicut, the capital of Malabar right from the time of the Zamorin’s dynasty is now a fascinating place with unparalleled attractions including historic monuments, works of art and cultural contributions.